An Hour on Playa Cochorit

We took a field trip Friday to a place that felt like Old Mexico.  I'm constantly wandering Playa Algodones in front of the condo picking up shells, so we decided it was time to check out some different beaches in the area.  A neighbor down the beach had told us about some 'wild' beaches south of the town of Empalme in Sonora.  She said one, Playa Cochorit, was loaded with amazing shells.  I had to go!


I wrote down instructions I found on Trip Advisor to help us find the location.  We followed Highway 15 down through Guaymas to Empalme, then started looking for the road that would take us west to Playa Cochorit.  After wandering for awhile and dead ending into a port area, I finally decided to turn on my phone data and use Google maps for directions.  Lo and behold -- it worked!  We had turned off the main highway 5 kilometers short of the location, so we never would have found it without the wonders of Google. 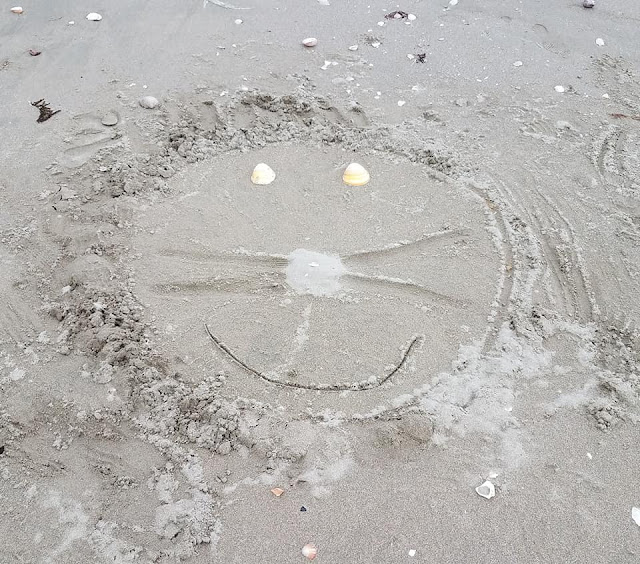 When we finally arrived at Playa Cochorit, we found a windswept abandoned beach destination on the Sea of Cortez with one remaining palapa bar.  Someone else had arrived before us and created this happy face in the sand with clam shells for eyes. 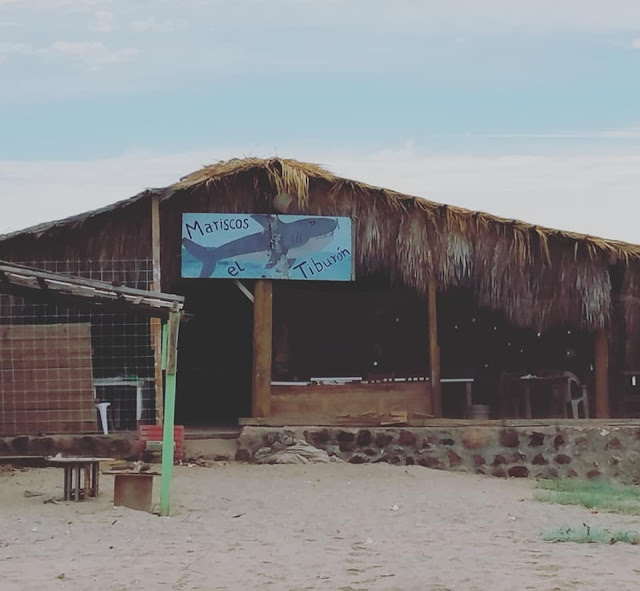 It appeared that the palapa bar El Tiburon might still be in operation, but the rest of the Cochorit fishing village looked like the photo below. 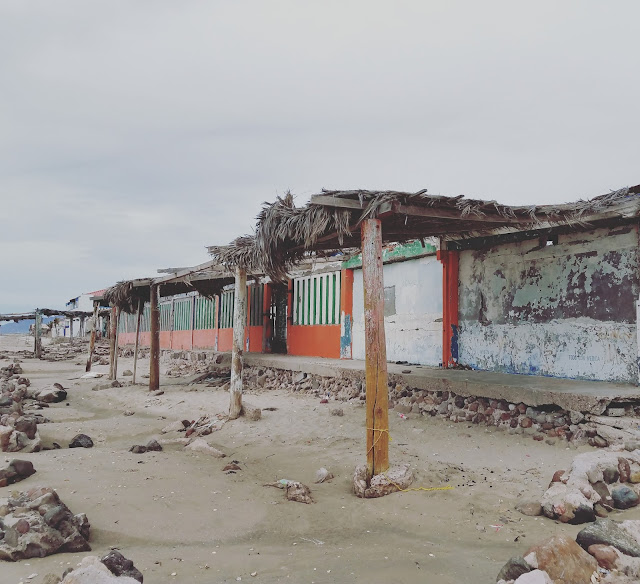 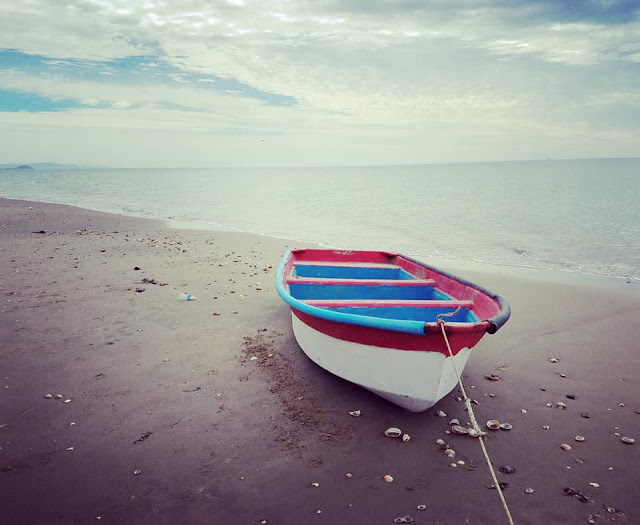 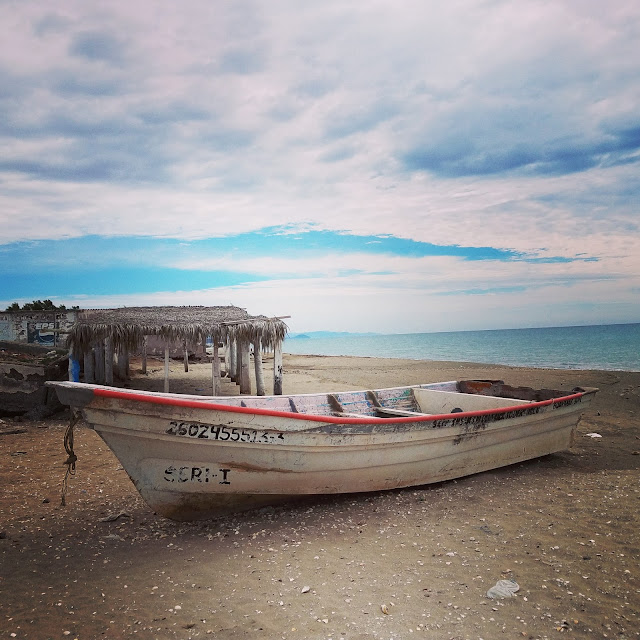 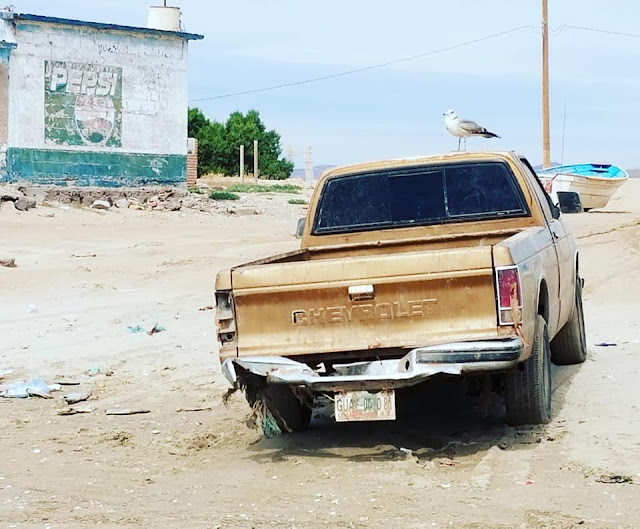 And a gull was perched on this fisherman's truck. 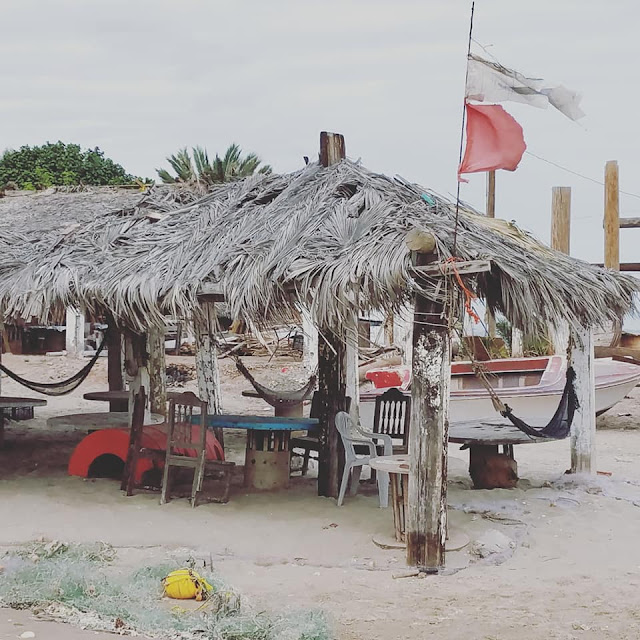 It was a windy day with rough surf, so I imagine that's why the fishermen's camp was uninhabited. 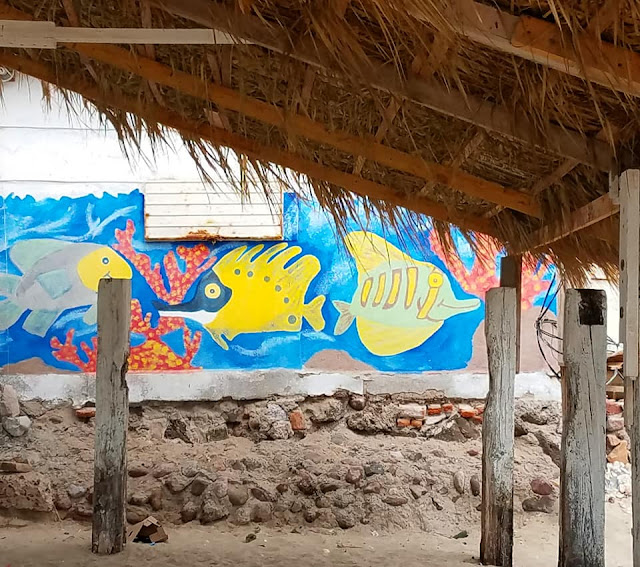 Love this fish mural on the wall of the one remaining palapa restaurant. 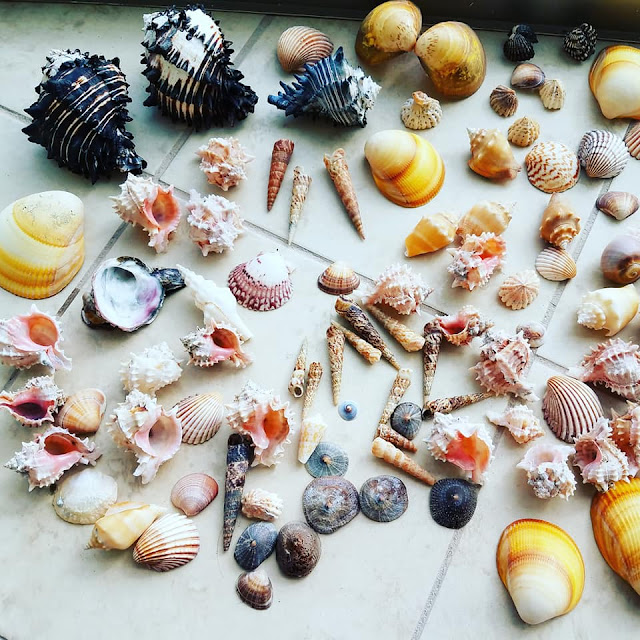 After snapping some photographs, we busied ourselves with the main event.  Playa Cochorit is shelling/beachcomber nirvana.  I've never happened upon a beach like this!  As far as the eye could see, the beach was littered with a huge variety of spectacular finds, including murexes, augers, towers, olives, scallop and clam shells, limpets, and on and on.  The photo above is just a sampling.  We spent less than an hour plucking all the shells we could take with us, leaving thousands behind. 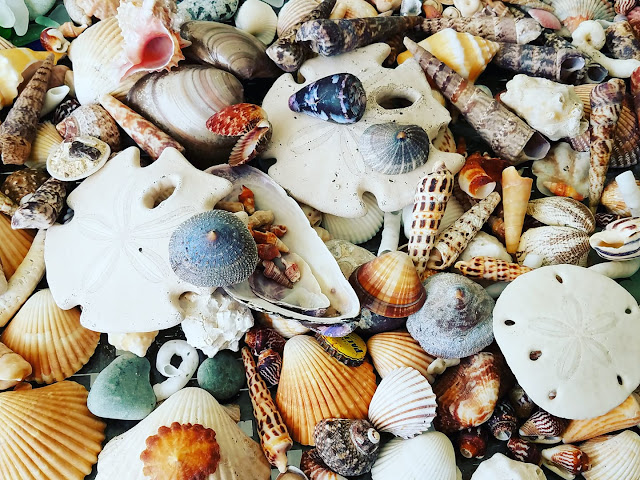 The patio coffee table is completely covered with piles of shells.  I've collected shells for years, but I've never seen anything like this.  No words!  I'm in love!


As we were headed back up the beach to the car, a couple roared by on a moto -- the first humans we'd seen.  Nearing the car, a little girl ran out of the empty palapa restaurant carrying two black murexes.  She wanted to know if we'd buy her shells for 7 pesos.  Craig dug all the change out of his pockets, a little over 20 pesos, and handed it to her.  She was thrilled with the pesos (for me???), and I was thrilled with the shells!  We'll take more pesos with us next trip!

Wow wow wow! What gorgeous shells. And what a special place. Sometimes, deserted is good. Quiet and peaceful, and more shells for you. Beautiful photos!

Love your photos! Very nice! I would love to visit that place!

Thanks Emily and Tela! Headed back soon!

Wonderful place, and the environment of this place is amazing. Thanks for sharing.

Video Teraveloka said...
This comment has been removed by a blog administrator.
February 7, 2020 at 10:28 AM

This is good example of content writing, you have done good job, and I am expecting more Good content writing from you. I have also something to share here. satta king has turned into a real brand to win more cash in only a brief span. Subsequently, individuals are so inquisitive to think about the procedure of the game. Here we have brought a few procedures that will help you in understanding the best approach to gain cash by the sattaking. Also find the fastest satta king result & chart online at Online Sattaking

Yey, this beach is incredible! I am a beach addict, soon I am visiting one on Seychelles with https://www.yachting.com/en-gb/seychelles-yacht-charter which will be great!!

I have read Your Article and Learn a lot from it. I can Imagine the time it took to get all this expertise exposed . You can also look here to see where to easily get a CLONED CREDIT CARD I've bookmark your site and furthermore include RSS. keep us refreshed all the time.

Y’all don’t forget to join this DMV EXPERTS TELEGRAM GROUP for more information about the programmed Debit , MasterCards Loaded with Cash for Easy withdrawal at any ATM machine with ease. You can also take advantage to learn and meet many Experts who will guide you on numerous techniques for anyone who love hacking and don’t know how to go about it .

Life's a Beach!
Desert Southwest
Tales of a serial tropical traveler and all the silly random details of a life. 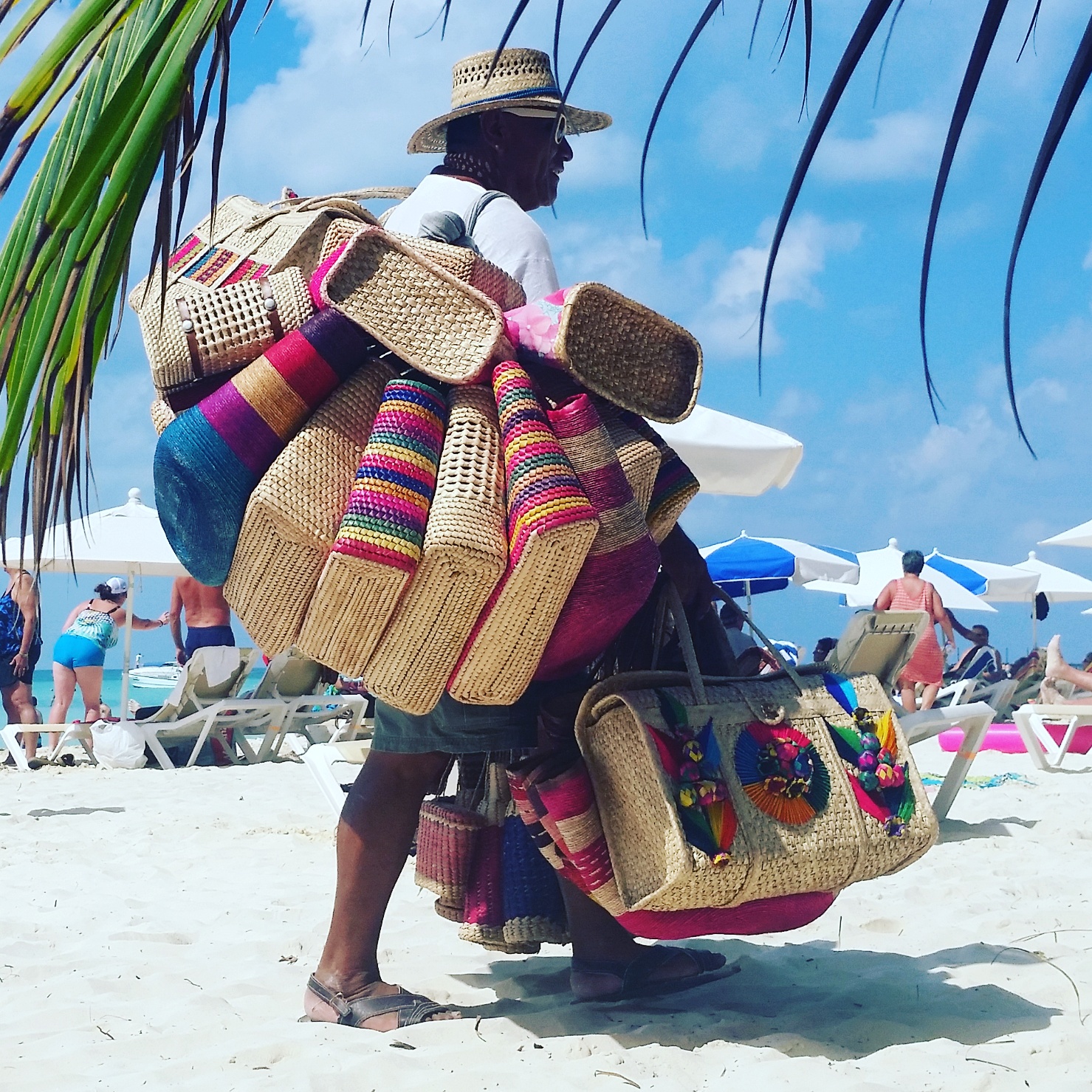 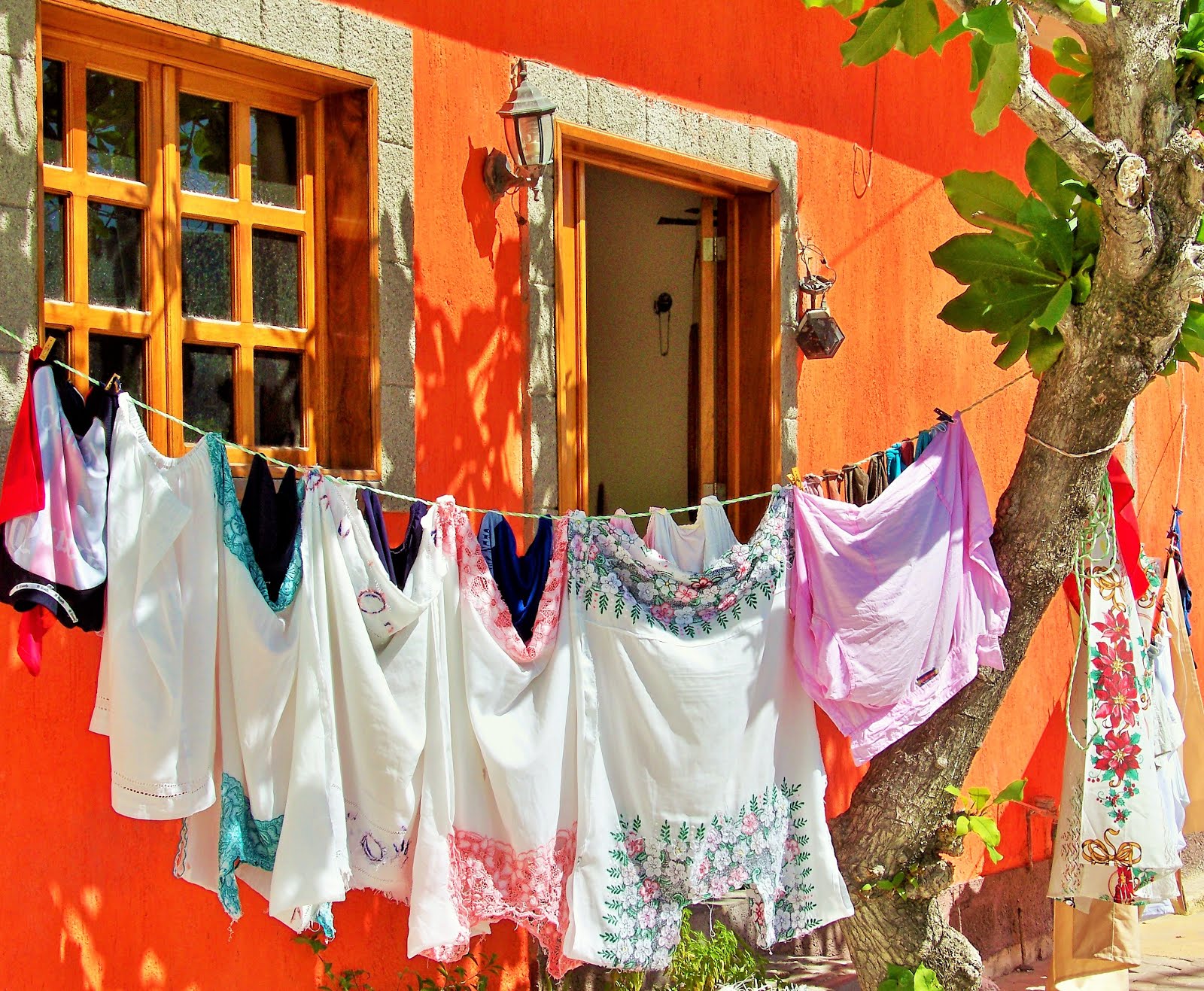 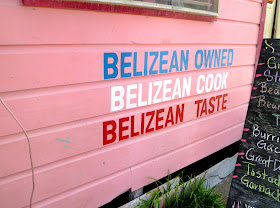 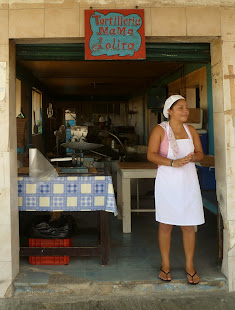 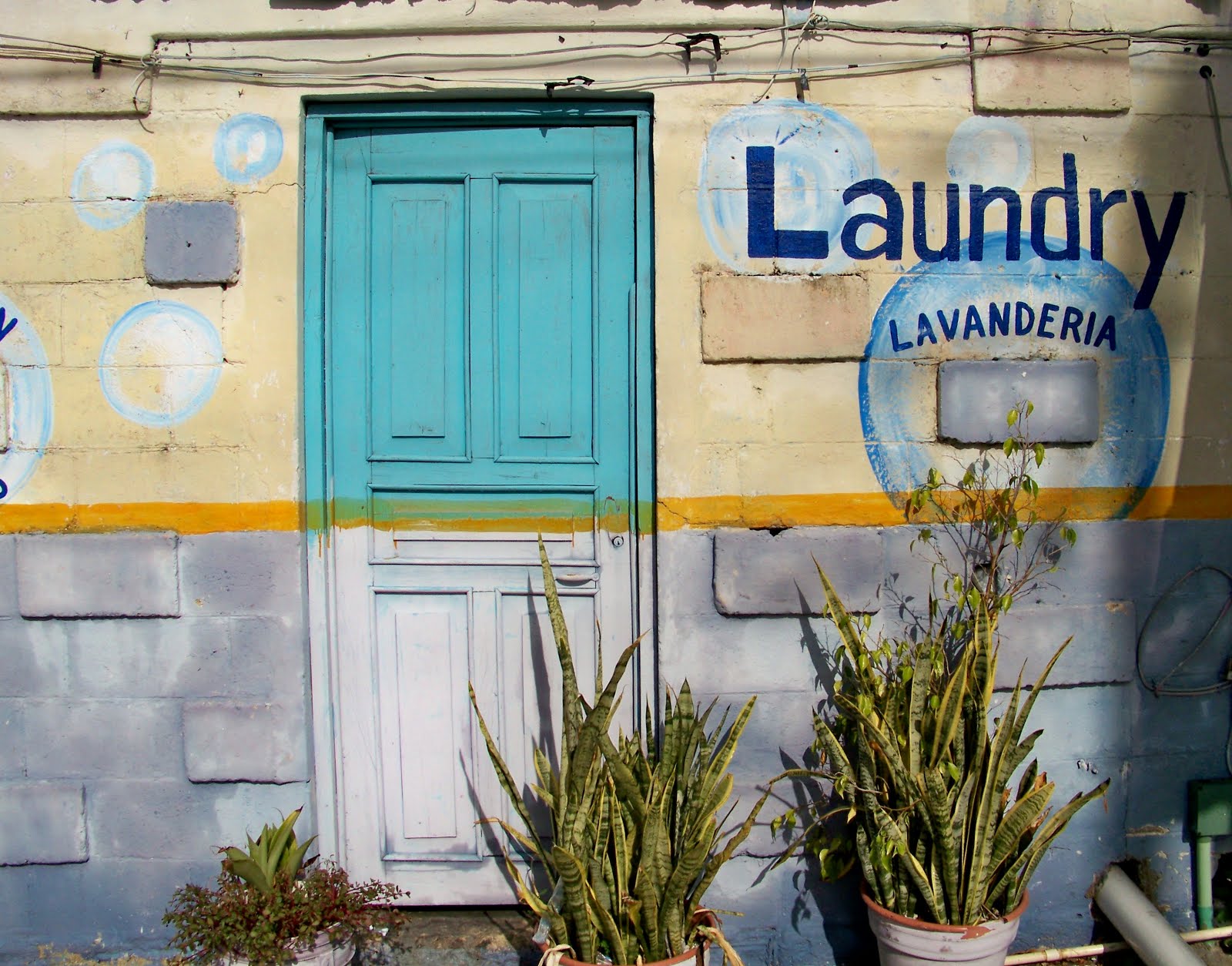 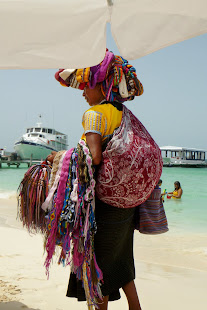 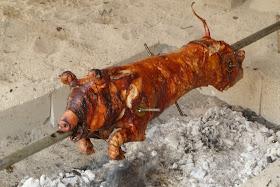 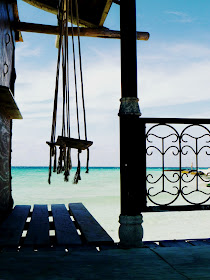 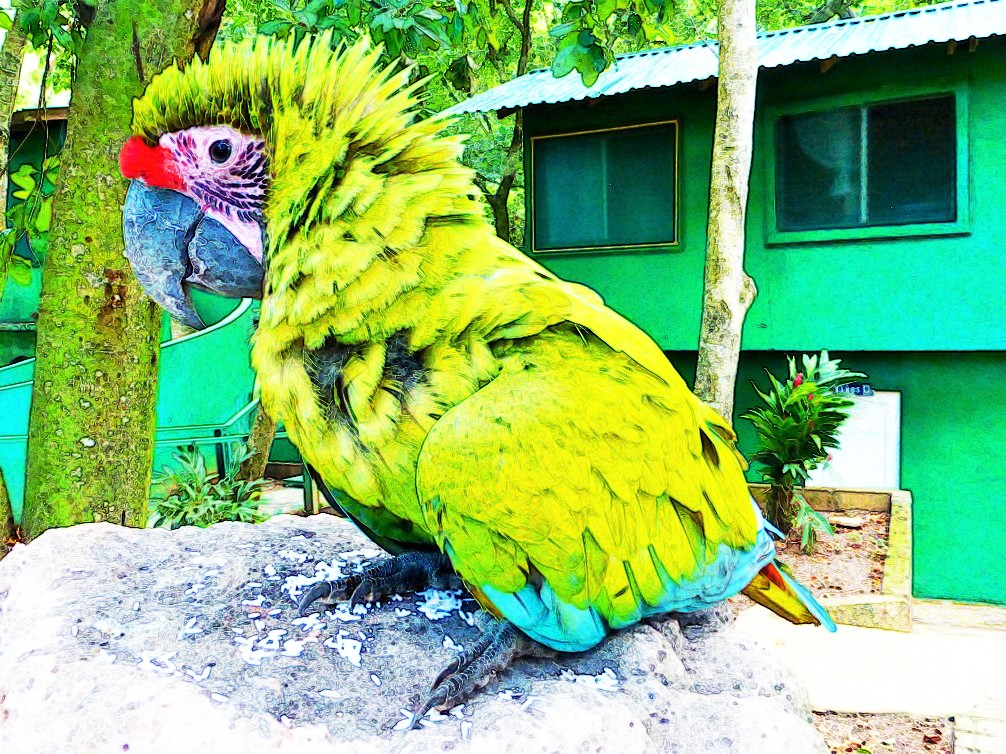